The Sullivan High School Alumni Association has honored many former Sullivanites by inducting them into the Prominent Alumni program. Below you can find a list of those who have been so honored, as well as links to articles about the most recent inductees. 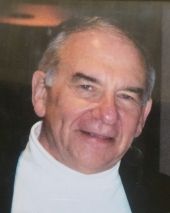 Howard Abrams '55, Bachelor’s Degree in Psychology from the University of Illinois-Champaign and subsequently, a law degree.

Howard joined the U.S. Navy, where he became a Lt.jg. He left active duty after three years of service but, continued his Naval career as a special agent for the Naval Investigative Service (NIS) – known today as NCIS. After several relocations, from East to West Coast, Howard spent the remainder of his career in San Diego, Ca. He retired from NIS in 1987 after a distinguished career, during which he received numerous honors and distinctions.

Howard stayed busy after his “first” retirement; he joined the San Diego City Attorney’s Office as a consumer fraud investigator and was a partner in a private detective agency. To the endless delight of his family members, Howard even dabbled in acting – appearing in bit roles in several films and television shows.

Marilyn Addis Kaplow ‘48, Creator and Editor-in-chief of the 16 page Sullivan Sentinel. Instrumental in starting the 1948 and subsequently other Alumni reunions, which have lasted for 65 years. 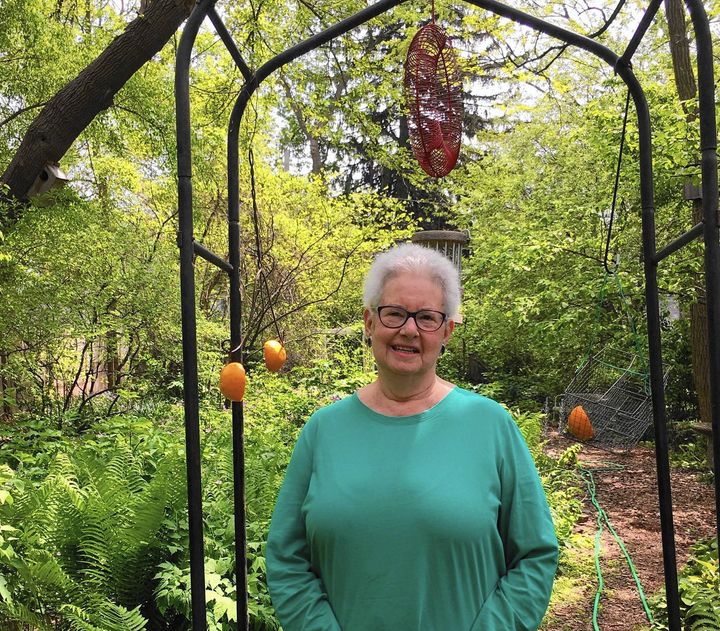 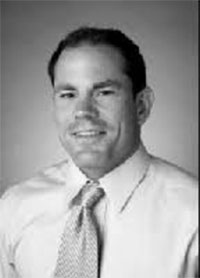 Dr. Paul J. Ashkenaz, DDS, MS  Dr. Paul J. Ashkenaz received his Doctor of Dental Surgery from Loyola University School of Dentistry in 1965, his Certificate of Specialty in Endodontics in 1967 from Loyola University and a Masters Degree in Oral Biology in 1967 from Loyola University. He served as Associate Clinical Professor at Northwestern University Dental School for ten years and as Chief of Endodontics in the dental division at Michael Reese Hospital and Medical Center for five years. Dr. Ashkenaz has written numerous articles and given continuing education lectures for thirty five years at both a local and national level. He continues to lecture and teach to various professional groups and organizations. Dr. Ashkenaz is a Diplomate of the American Board of Endodontics and served as a Director of the Board for six years. He is a member of the American Association of Endodontists, the Illinois Association of Endodontics, the Illinois Dental Association, the Chicago Dental Society and the Edgar D. Coolidge Endodontics Study Club. 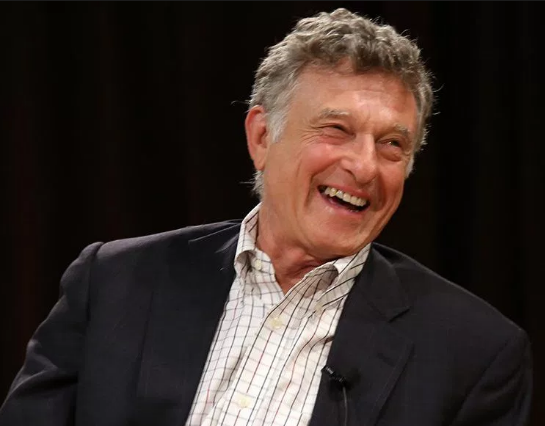 Ira Berkow ’57, Sports writer, Pulitzer prize winner. Donald Berz ’55, With degrees from the University of Colorado and the University of California at Berkeley, has served for 42 years in higher education. Founder and charter member of the Association Of Community College Administrators, and 1977 recipient of the Administrative Excellence And Leadership Award, Chaffey College recognized him in naming the Don Berz Excellence Building. 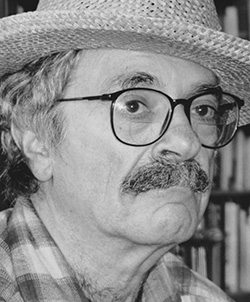 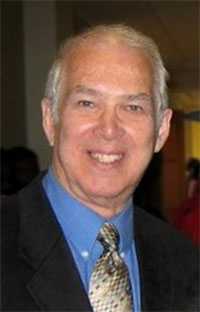 Byron Bloch ’55, Has workd for over 40 years in auto safety, designing airbags, fuel tanks, roofs, and truck underride guards. He also serves as an expert witness to help car crash victims seek justice in their court cases. To get the word out to the public, he has often appeared on TV news magazine and news programs. After college, Byron worked on aerospace and military weapon systems, then focused on auto safety for the past 40 years. He’s testified to Congress , appeared on many national TV shows, has written and lectured extensively, and is an advocate to make all our vehicles safer and more “crashworthy”. He’s fought for airbags, safer fuel tanks, stronger roofs, and for guards to prevent the truck underride hazard. He testifies nationally as an expert witness in court cases to help secure justice for seve r e ly injured car crash victims.
Byron received a Lifetime Achievement Award from the World Traffic Safety Symposium in 2001. 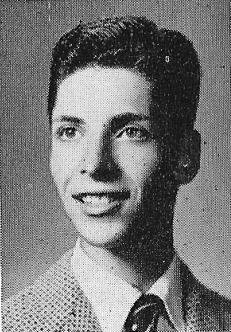 Phillip Bloomfield ’52, Studied at the University of Chicago, earning a B.A., M.S. and Ph.D. in physics. As a research professor in biomedical engineering at Drexel University in Philadelphia, he holds 8 U.S. patents and has authored over 70 publications. 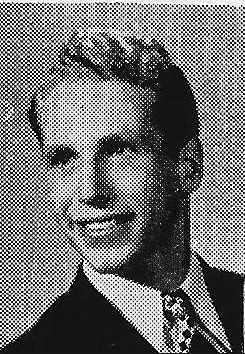 Fred Bondy ’49, A veteran of the Korean War, with his brother began a successful pharmaceutical company and worked there until 2009. He was a long-time proponent of peace, marching with Dr. martin Luther King in 1968 and recognized for his steadfast efforts to preserve Jewish heritage domestically and abroad, as well as working to address fundamental issues of human dignity and sustenance. Mr. Bondy died in 2010. 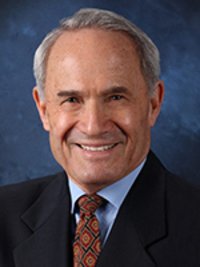 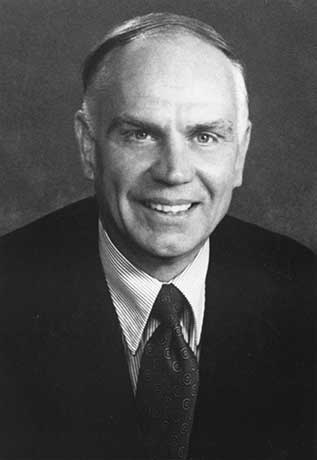 Honorable Lawrence Fisher ’45, Prominent attorney and Chief Judge of the United States Bankruptcy Court of the Northern District of Illinois in Chicago, IL. 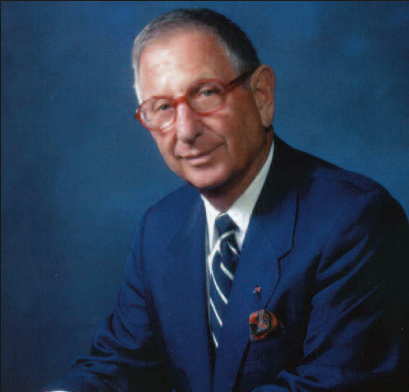 Sheldon Good ’51, Civic leader and founder of one of the largest international real estate marketing firms in the US. 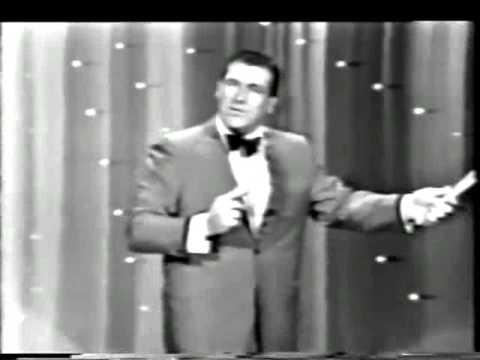 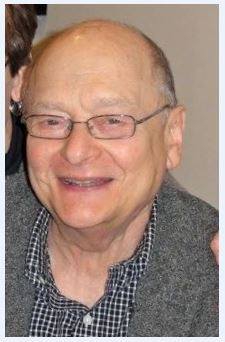 Sanford Hahn ’55, Entrepreneur, leading engineering developer and manufacturer of patented products and systems for dispensing liquids and condiments in major installations at many renowned sports arenas and airports, is proud of partnering in a major innovative movement with Shell Oil in an initiative to meet the Environ- mental Protection Agency’s latest requirements. His charitable work includes serving on the philanthropic committee of Sol-El, organizing, promoting and participating in the temple’s charities 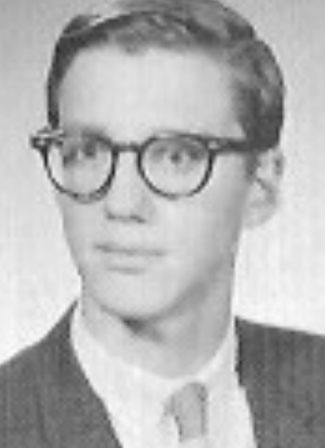 Danny Hurwitz ’79, All City, All State quarterback for Sullivan during their first and only public school championship. Northwestern University’s football team in 1981 and 1982. 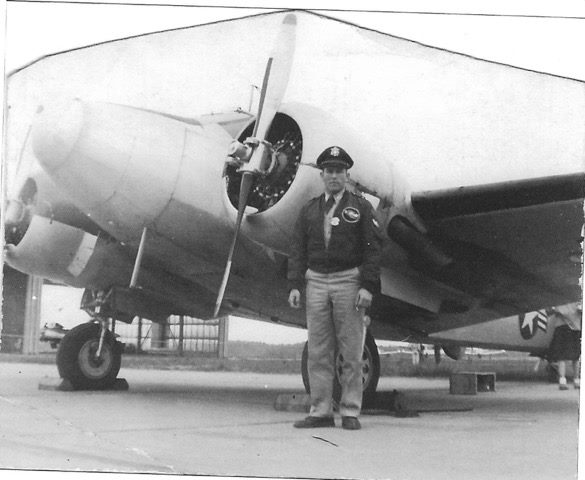 Marva Kravite Volmer ’45 Famed appraiser and collector of Asian art recognized for her leadership in the arts in New Mexico. 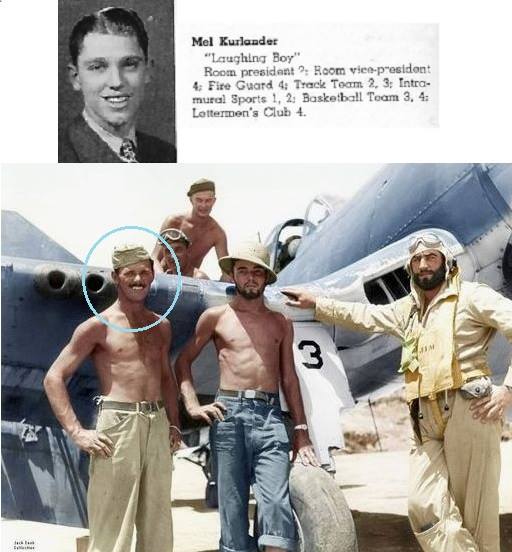 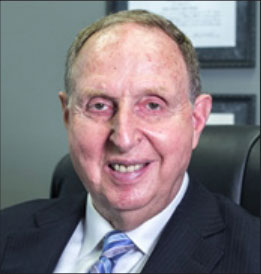 Ada Lynn ’44, Actress and entertainer, at age 7 toured the Vaudeville circuit from coast to coast with her mother as chaperone. Shared the bill with Cab Calloway, the Mills Brothers and the Ink Spots. Acting roles included working with Hal Roach’s famed “Our Gang” comedies and roles as Lee Harvey Oswald’s mother in JFK and Yente in Fiddler on the Roof. She currently performs her original material at charities, synagogues and retirement homes. 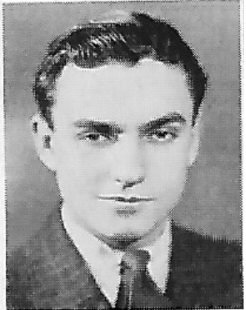 Herb Lyons ’36, Nationally syndicated columnist whose "Tower Ticker" was a long-time fixture in the Chicago Tribune.

Jack MacKinzie ’39 Chicago Daily News All City, All State halfback from Sullivan. Played football for Northwestern U in 1941 and 1942. Played professional football with the Chicago Cardinals in 1947.

Frank Magid ’48, A veteran of Korea, became a professor of psychology, anthropology and statistics at COE College in Iowa. As a TV consultant, pioneered the action news format in the 1970’s and his firm developed “Good Morning America” for ABC. Served on the boards of the Smithsonian, the Ensemble Theatre and the Cedar Rapids Airport Commission. Mr. Magid died in 2010.

Irwin Marcus ’36, Graduate of University of Illinois Medical School and Illinois Institute of Technology, with postgraduate work at Columbia University College of Physicians and Surgeons and served on the resident staff of Cook County Hospital. After volunteering for the Army, served with an evac hospital during World War II as Chief of head injury trauma, and after the war was founding president of the Child/Adolescent Department at Tulane University Medical School, as well as a number of professional organizations. Named one of the ten most outstanding persons in New Orleans by the Family Service Society, he has published four books and 80 articles. 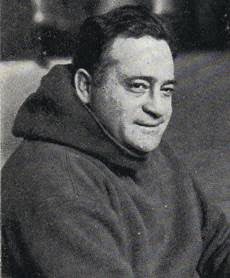 Judith Markowitz ’68, A leader in the speech technology field, Dr. Markoitz is recognized internationally as the leading independent analyst in voice based biometrics, speaker verification and identification. Clients include IBM, Phillips And Motorola. 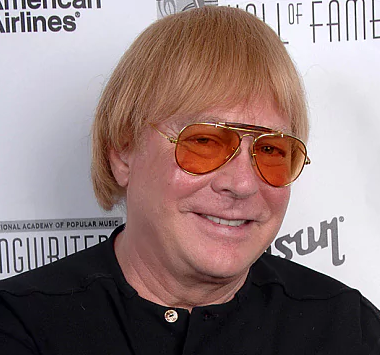 Michael Masser ’59, Song writer and producer, came to fame with “Touch Me In The Morning” sung by Diana Ross. Some of his other hits are “Love Language,” “Hold Me” for Whitney Houston, “The Greatest Love Of All,” “Saving All My Love,” “Didn't We Almost Have It All.” He has written for Roberta Flack, Neil Diamond, Natalie Cole and Barbra Streisand. Motown recently paid tribute to him, and he was inducted into the Songwriters Hall of Fame In June 2007. 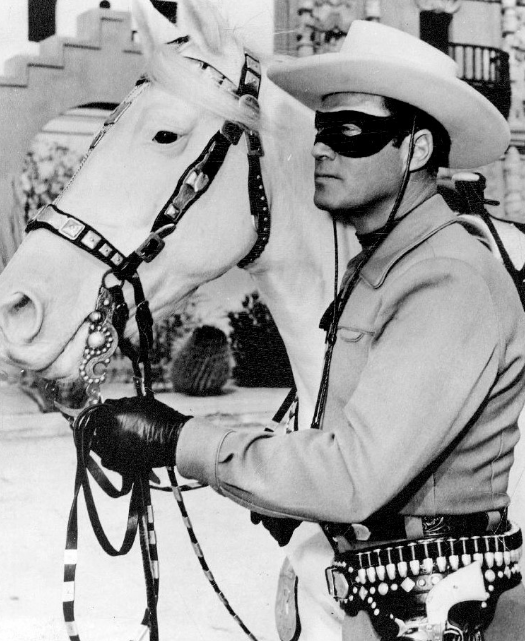 Clayton Moore ’32, Starred in the Lone Ranger TV series from 1949 through 1957, and in two feature movies, and was a hero to so many young kids. Well, the Masked Man actually attended Sullivan when it was a junior high way back in the 1928 – 1930 era. 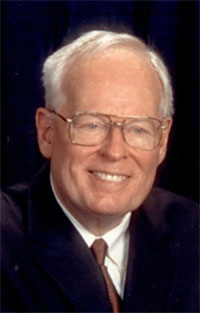 Charles Nicademus ’48, feisty and heroic investigative reporter for the Chicago Daily News and Chicago Sun-Times. He wrote relentlessly about what he saw as abuses by both government and commercial interests, and he stood up for the little guy. He retired at age 77, and died in October of 2008. 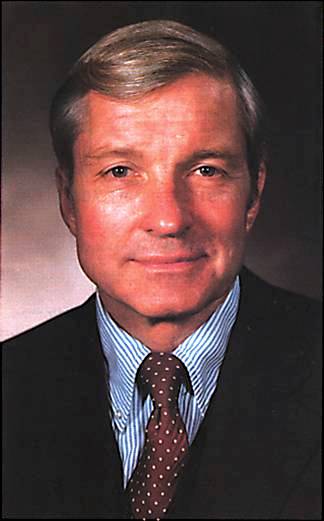 Charles Percy ’34,
(September 27, 1919 – September 17, 2011) was an American businessman and politician. He was president of the Bell & Howell Corporation from 1949 to 1964, and served as a Republican three term United States Senator from Illinois from 1967 until 1985. He was mentioned as a Republican presidential hopeful from 1968 through 1988. During his Senate career, Percy concentrated on business and foreign relations.

Alex Pinsky ’46
Philanthropist, mentor, teacher. - Successful entrepreneur - Works for and with young people to build successful lives through education and dedication of purpose.

Ginny Powell ’42, Well known professional singer with the big bands of the 1940s. 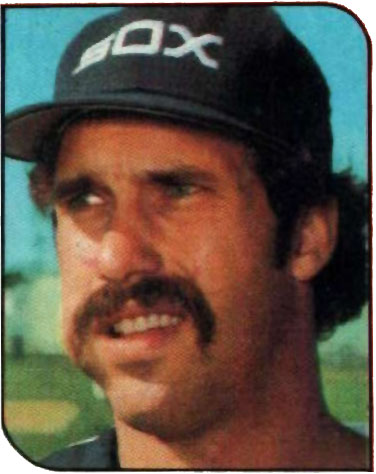 Dewey Robinson ’73
A terrific athlete, Dewey pitched for the Chicago White Sox in 1979 through 1981, then coached at Northwestern University, went back to White Sox for 10 years, and had been a pitching coach with the Houston Astros for 12 years at the time of his induction to this list. Maybe his roots can be traced way back to Nemkoff, Fralick, and Margolis!. There were six Robinson brothers, and all played sports at Sullivan!

Lt. Commander Jack Rothbart ’36, War hero in WWII, the Korean War and the Vietnam War and was a Court Magistrate in Ohio County, West Virginia for 20 years. 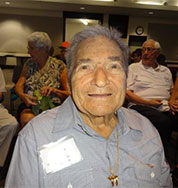 Stanley Sacks ’60, A judge since 1989, graduated first in his class at John Marshall Law School. A leading criminal courts judge, Sacks has dealt with many high-profile cases and frequently speaks on criminal law and civic leadership law. 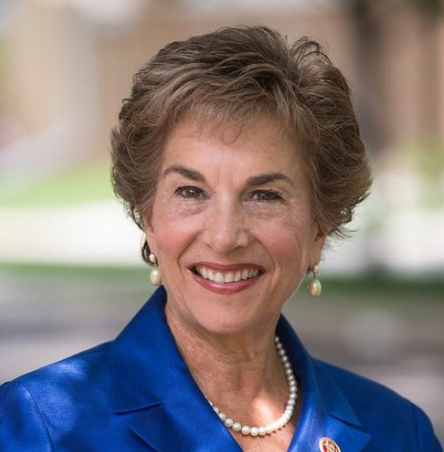 Jan Schakowsky ’62, Elected in 1998 to the 9th district of the U.S. Congress. Was Illinois State Representative from the 18th District for eight years. An advocate for economic and social justice. 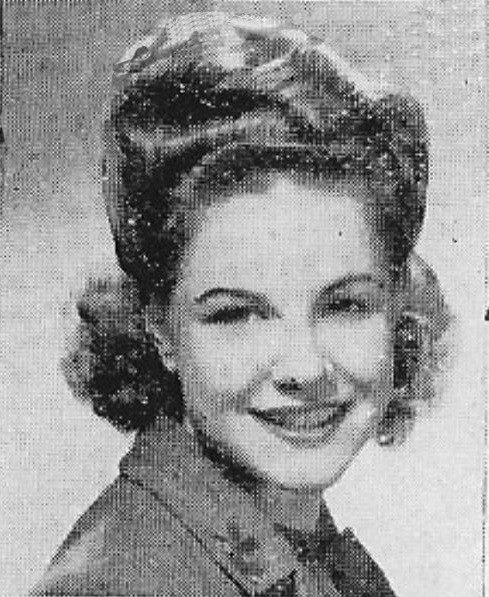 Ada Schloss Lynn ’41, Actress (stage name Ada Lynn) and her credits include Heidi (1937), Our Gang Follies of 1938, It Takes Two (1988), JFK (1991), and Walker Texas Ranger (1995). She appeared herself as a comic performer in The Saturday Night Review with Jack Carter (1950), Cavalcade Of Stars (1950), The Vaughn Monroe Show (1950), Ford Star Review (1951), and America's Got Talent - Chicago Auditions Season 2 where she sang but was buzzed and voted no by Piers Morgan but voted yes by Sharon Osborne and David Hasselhoff which advanced her to the Las Vegas show but she did not make the cut for the show. Also at age 7 toured the Vaudeville circuit from coast to coast with her mother as chaperone. Shared the bill with Cab Calloway, the Mills Brothers, and the Ink Spots.

Gordon Segal ’56, The founder of Crate and Barrel in 1962, and has served on the board on many organizations, including the Art Institute, the Chicago History Museum, Children’s Memorial Hospital, the Golden Apple and the Lyric Opera.

Joel Weisman ’60, a popular and well-respected Emmy award winning TV host and commentator for over 30 years in Chicago, mostly with WGN-TV, and he currently hosts “Chicago Tonight: The Week in Review” on WTTW (the PBS channel).

Jennie Williams Dincecco ’50, Listed in the Silver Who’s Who in the World which profiles accomplished men and women. With a Ph.D. in psycho educational diagnostics and human growth and development, she taught at Barat and the National College of Education, and coordinated programs for children of migrant workers from Mexico 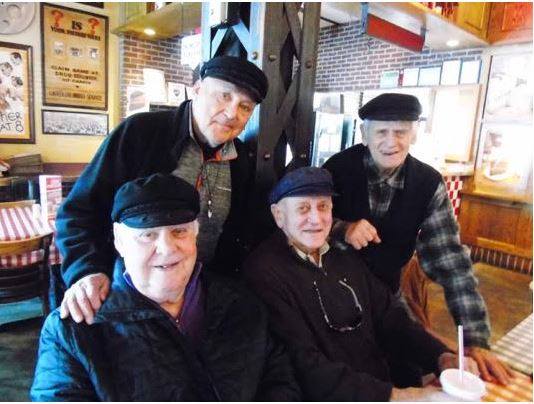 Here is a prominent alum you would remember. Shecky Greene (Fred Sheldon Greenfield).